We use cookies and other technologies to collect data about your browser, device, and location. We share this data with analytics partners to help us understand how the site is used. For more information see our Privacy Policy and Cookie Statement Learn More.

A state of the art panel repair system that offers profitable, high quality, fast turnaround panel repair. Speed up the repair process, while increasing the element of labour within each repair job and reduce the need for panel replacement. This standard kit is supplied with slim trolley, assembled to incorporate the necessary equipment to hold the Evo Miracle Welder and standard easy puller. 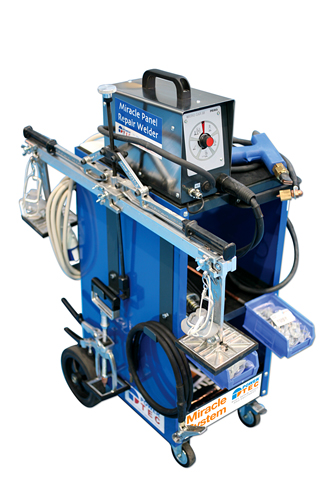 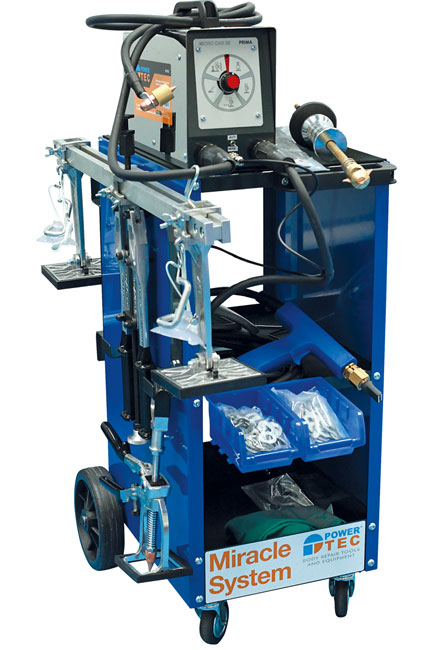 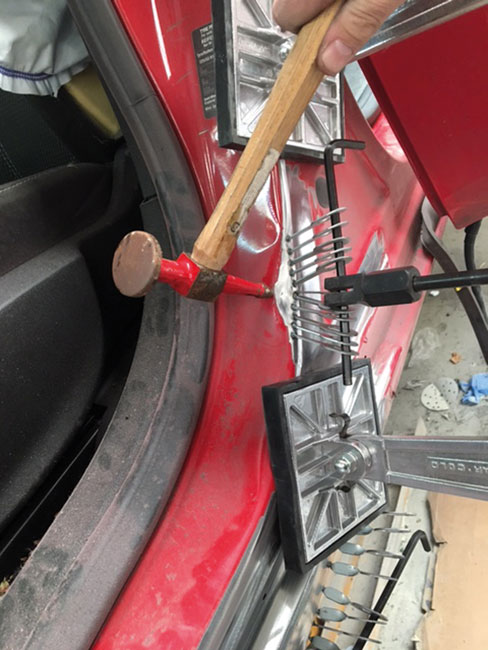 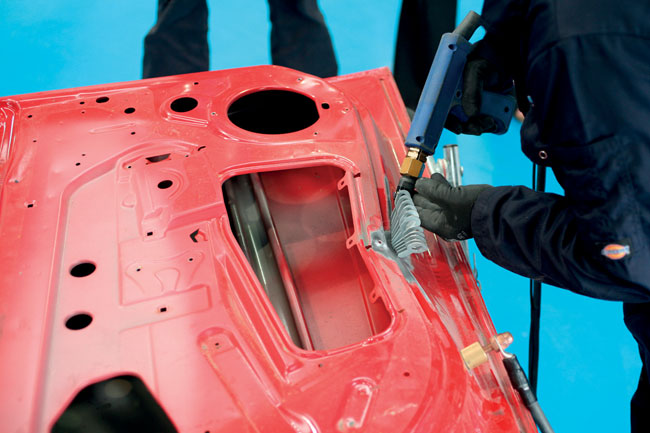 The set contains the following items, which are available seperately as replacement items.

The set contains the following items, which are available seperately as replacement items. 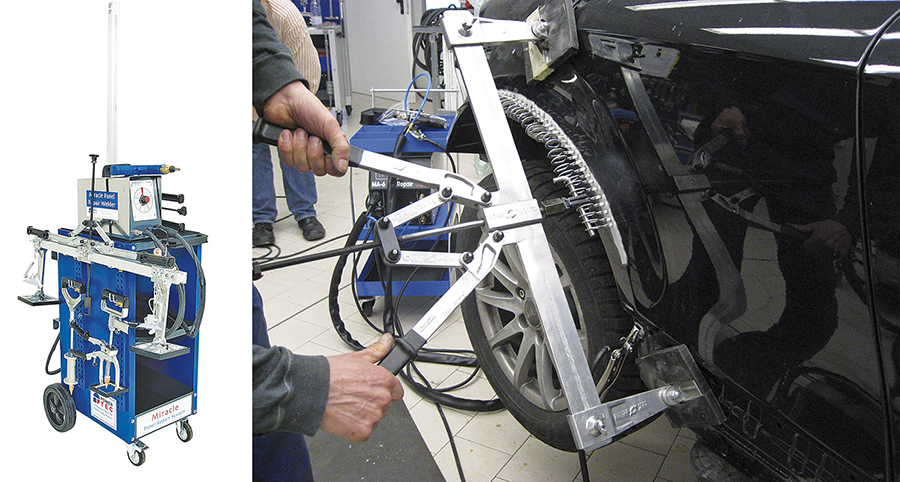 Since its introduction into the UK in 1997 Power-TEC’s Miracle System has always been at the forefront of vehicle repair as it offers profitable, high quality, fast turnaround panel repair. It speeds up the repair process, while increasing the element of labour within each repair job and reduces the need for panel replacement.

Today’s Miracle System is not quite the same as it was twenty years ago —  with the introduction of more and more aluminium panels and also electric vehicles, the Miracle System has had to evolve along with the vehicles.

The industry was different twenty years ago however, and getting the Miracle System accepted was often a case of re-education. Power-TEC’s Operations Manager, Steve Bradbury explains: ‘In 1997 we faced an uphill battle as the industry was all about selling parts and replacing panels. It took a lot of convincing and demonstrations but 20 years later the Miracle System is going stronger than ever. After all, bodyshops are about selling hours not parts.

‘Now, with over 1100 users, the Miracle System is by far the most popular panel repair system in the UK. We carry on with the same message as when we started all those years ago: Repair over replace.’

VW Panels in Bedford were the first bodyshop to embrace Power-TEC’s vision for the future and they were so impressed they added a second system the following year. Owner Jock Ventriglia observed, ‘The panel beaters were fighting over using it, so I got them a second one to stop the arguments!’

Over the following two years it was time for the bodyshop groups to get on board and this started with Nationwide Crash Repair Centres who rolled out a system for each of their bodyshops. The big change in the industry thinking was when the insurance companies got on board, as they could finally see the benefits of repairing over replace. Esure were first, closely followed a year later by Allianz, RSA, Admiral, Norwich Union and Direct Line. The benefits for the insurance companies are obvious: promoting repair instead of panel replacement supports their environmental policies; Miracle repair is also seen as an excellent way for repairers to gain from performance related reward structures. It helps reduce average claim costs and repair times, while increasing profit for the repairer, due to a higher labour element within the job. The vehicle is returned to the policyholder more quickly, without compromising the integrity of the vehicle or quality of repair.
Steve Bradbury: ‘The Miracle System has evolved throughout the years as we have listened to bodyshops (it does help!), and what their requirements are. We used to sell the system on a massive trolley, and although this looked impressive it was somewhat impractical to manoeuver around a busy bodyshop. So the slimline trolley was introduced and yes, other systems copied that as well! We must take as a compliment all the Miracle System copies on the market now, as people want to copy a good idea. But the original may be often copied but never replicated!’

As stated earlier, with modern vehicle build techniques, the introduction of more and more aluminium panels and also electric vehicles, the Miracle System has also had to encompass these changes. In fact, the Miracle Aluminium Repair System is the only panel repair system approved by Tesla Cars worldwide.

At the end of 2010 Power-TEC became part of Tool Connection Ltd which has given the company so much more buying power and resource. The impressive Tech Centre is fully equipped with the Power-TEC range of products and is used for product demonstrations and on-site training.

‘The increased buying power has enabled us to now market our Standard System for under £3000,’ commented Bradbury, ‘This has now put the Miracle System in the range of all bodyshops, and we have seen a dramatic increase in sales over the last five years. Indeed we are just about to put on the road our fourth demonstration van to keep up with demand.

Please provide a valid email address, and we'll email you the download.